When Store Leads was first launched, it included a filter to segment stores by the store's country of operation. While this is useful information, there are many use cases that need a more precise location. Let's say you wanted to know which online stores were run out of your home town. We've just added State/Province and City filters that allow you to do just that.

To use the new filters, start by filtering on a specific country. In this example, we'll look at stores in the United States. Once you've filtered on a country, the new State/Province filter is now available. 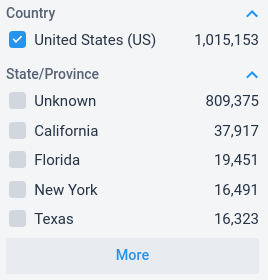 The first thing to note is that most stores have an unknown location since only a few stores publish their address on their website. We're still refining our code that extracts locations from stores so expect these numbers to go up a bit over time.

If you filter on a specific state, the new City filter is revealed. 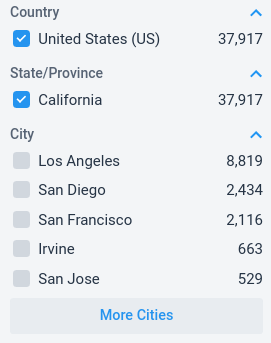 Segmenting on state and city is also available within the Store Leads API.